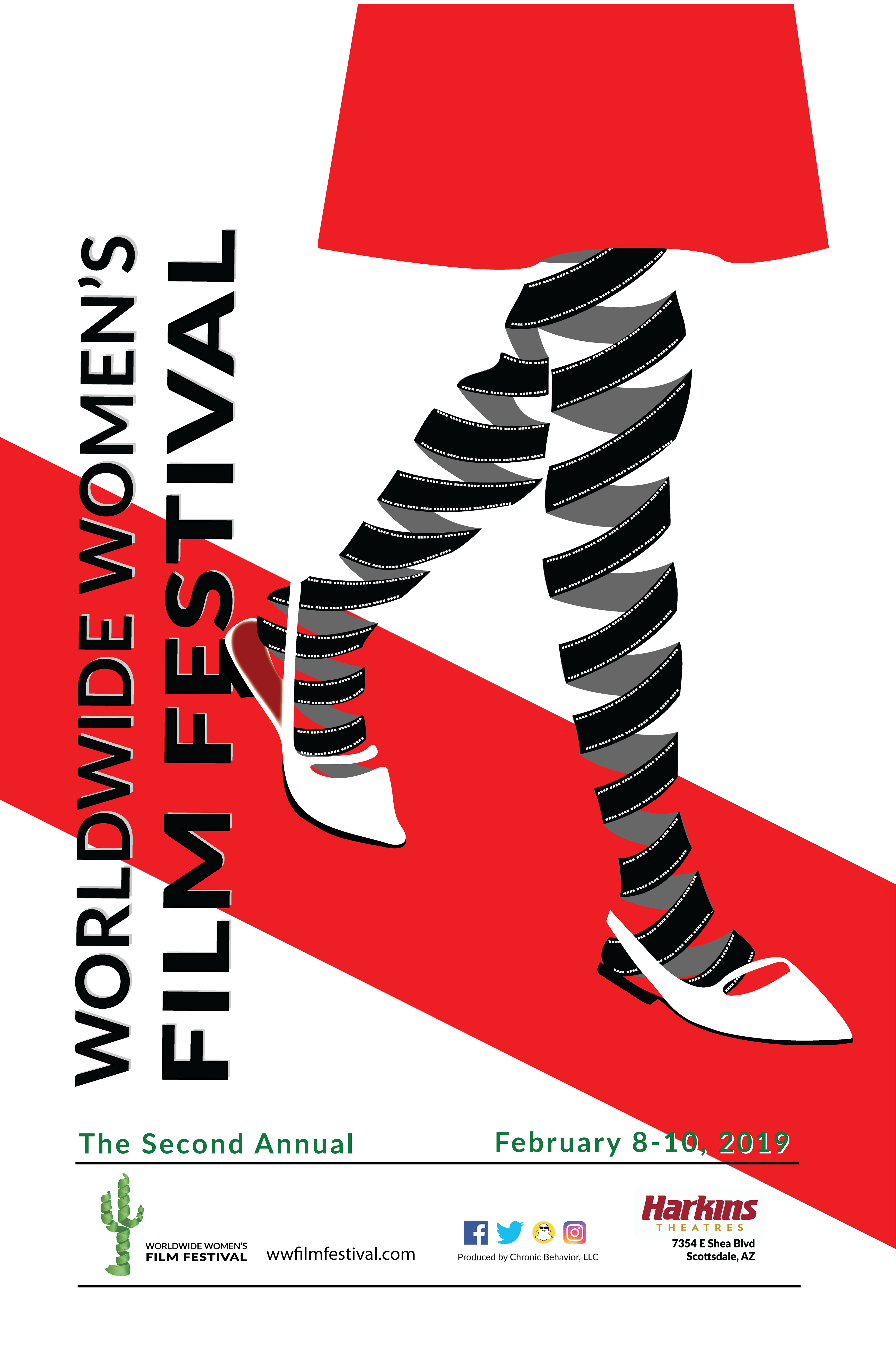 1st Annual Worldwide Women's Film Festival
The preparation for this first year event coincided with my senior year at the Art Institute.  The Co-founders asked me to create a logo for the Worldwide Women's Film Festival (WWFF). This event is in Phoenix, and I felt that "Worldwide" did not accurately place the event in its geological location of Phoenix, AZ.  The cactus made of film strip and the city background for the poster and other collateral places it squarely in the Arizona desert.
The first year event was a smashing success and the organizers gave me a special recognition award.  Having my poster in the marquee at Harkins Shea was reward enough for me, but the foot tall copper cactus award formed after the logo symbol is nice too. 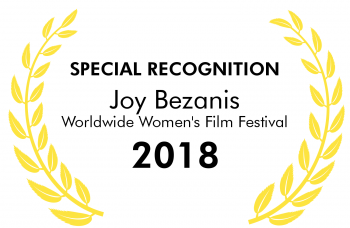 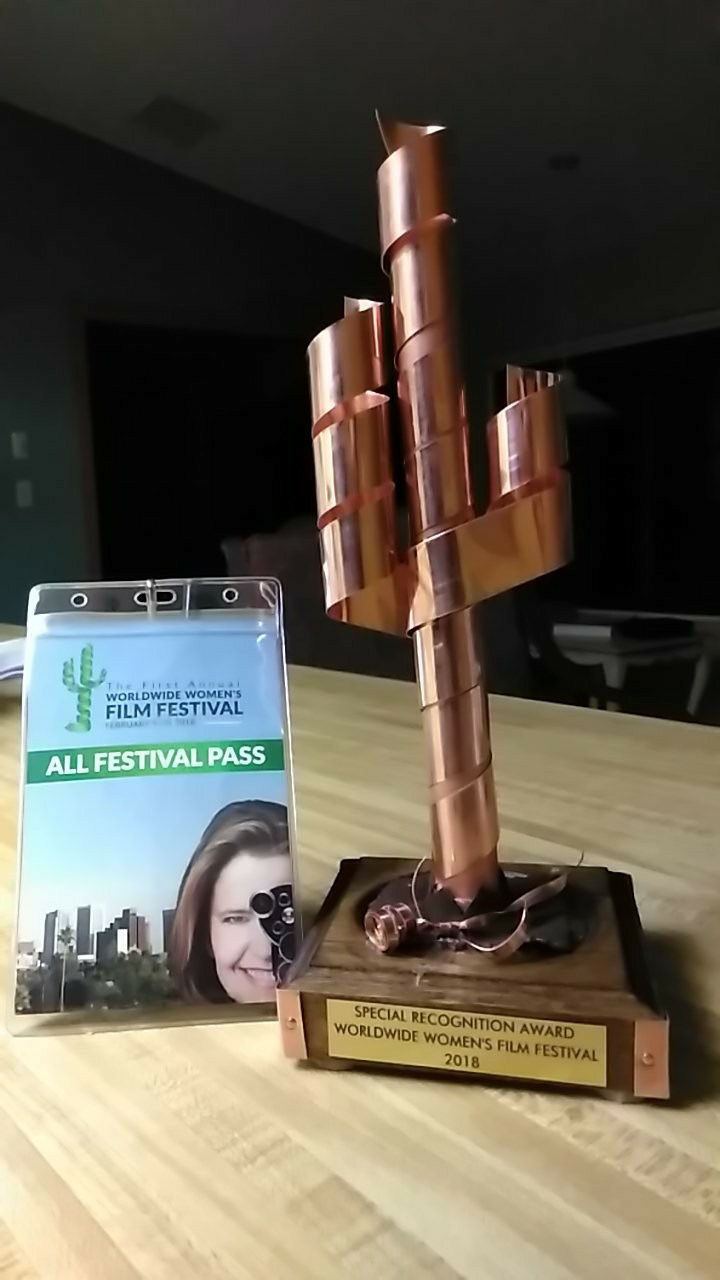 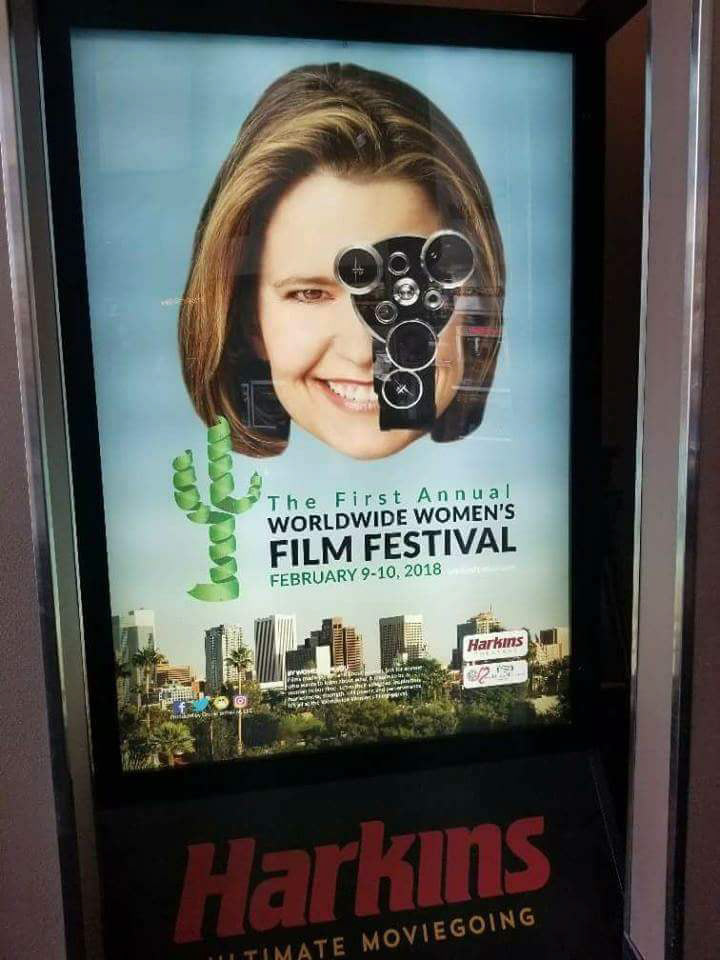 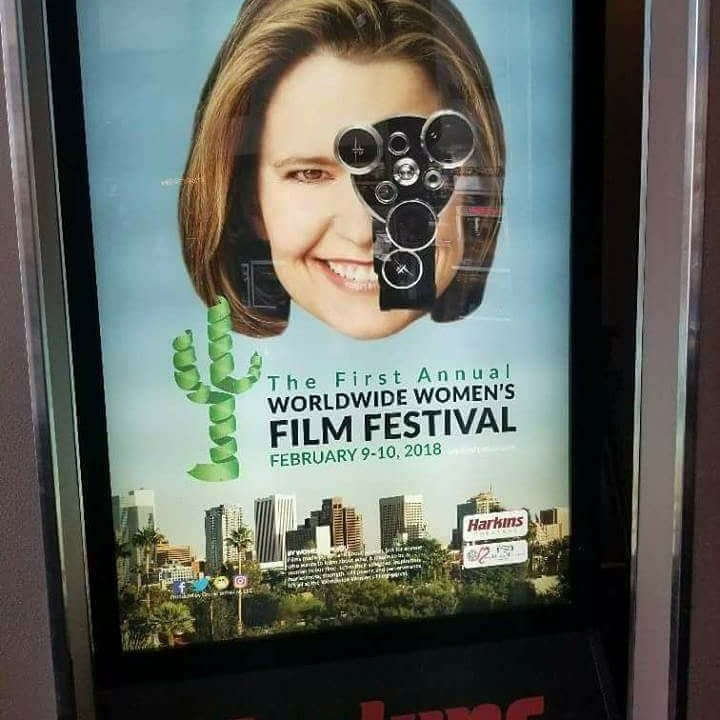 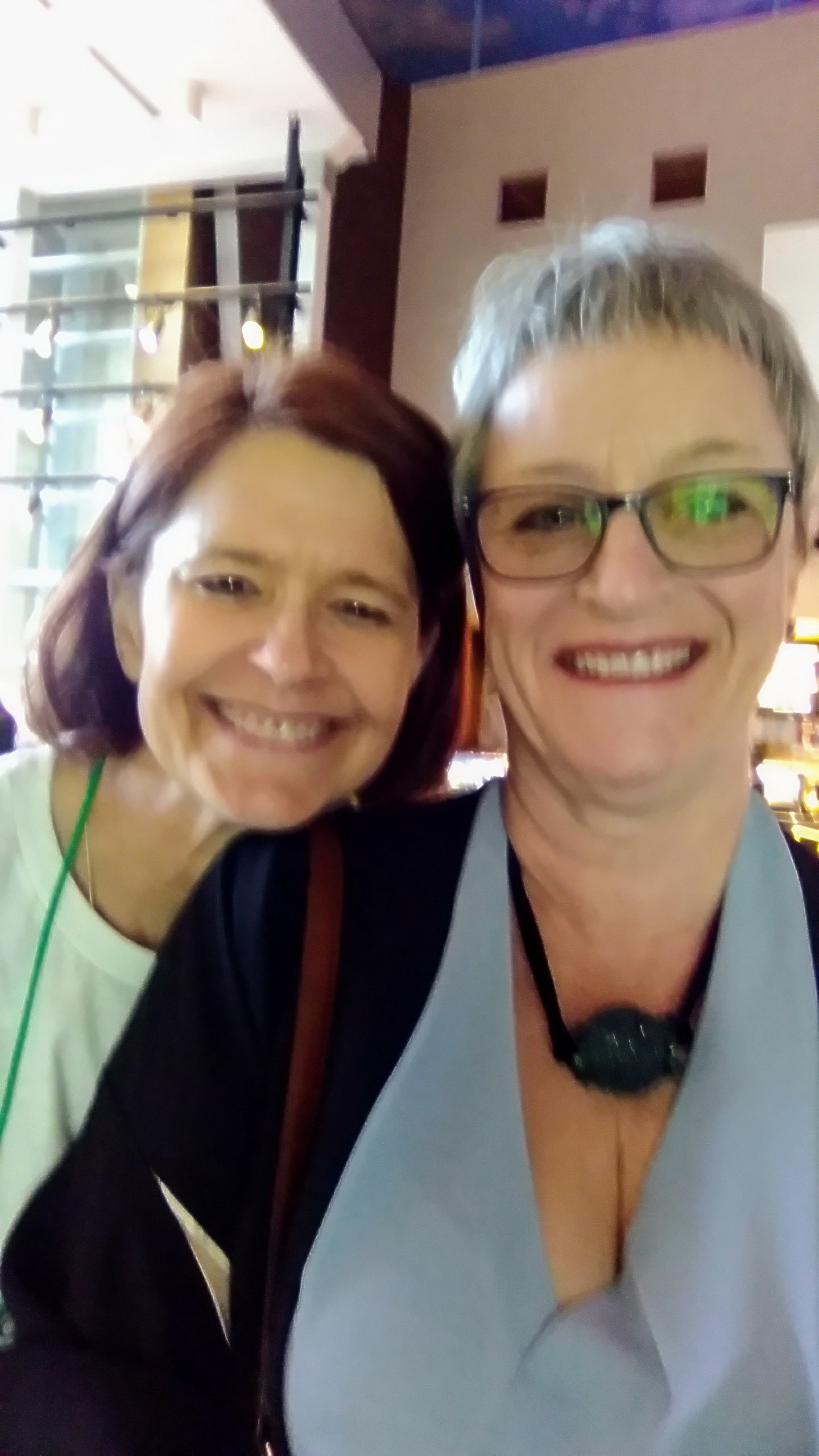 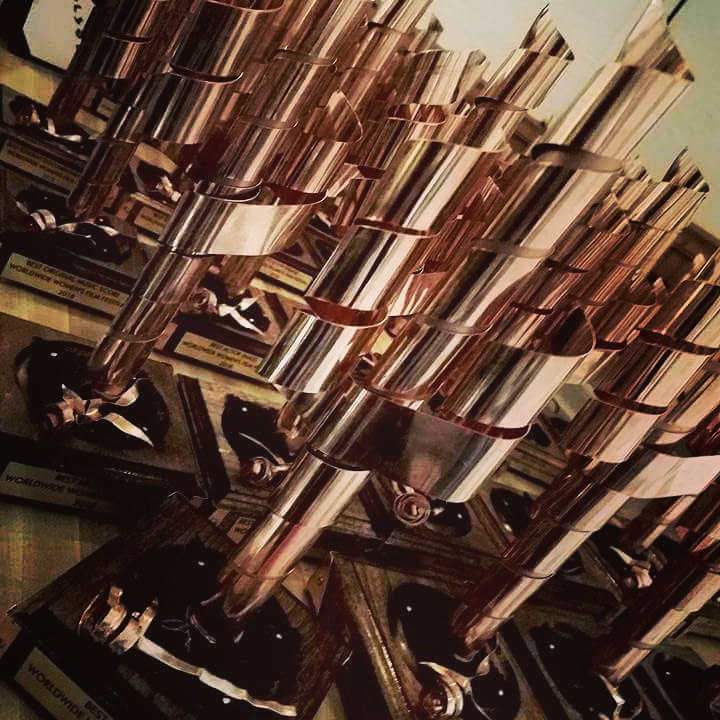 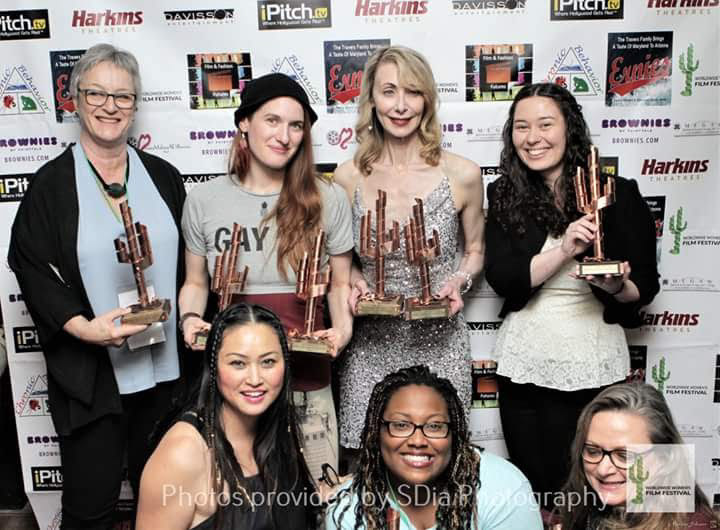 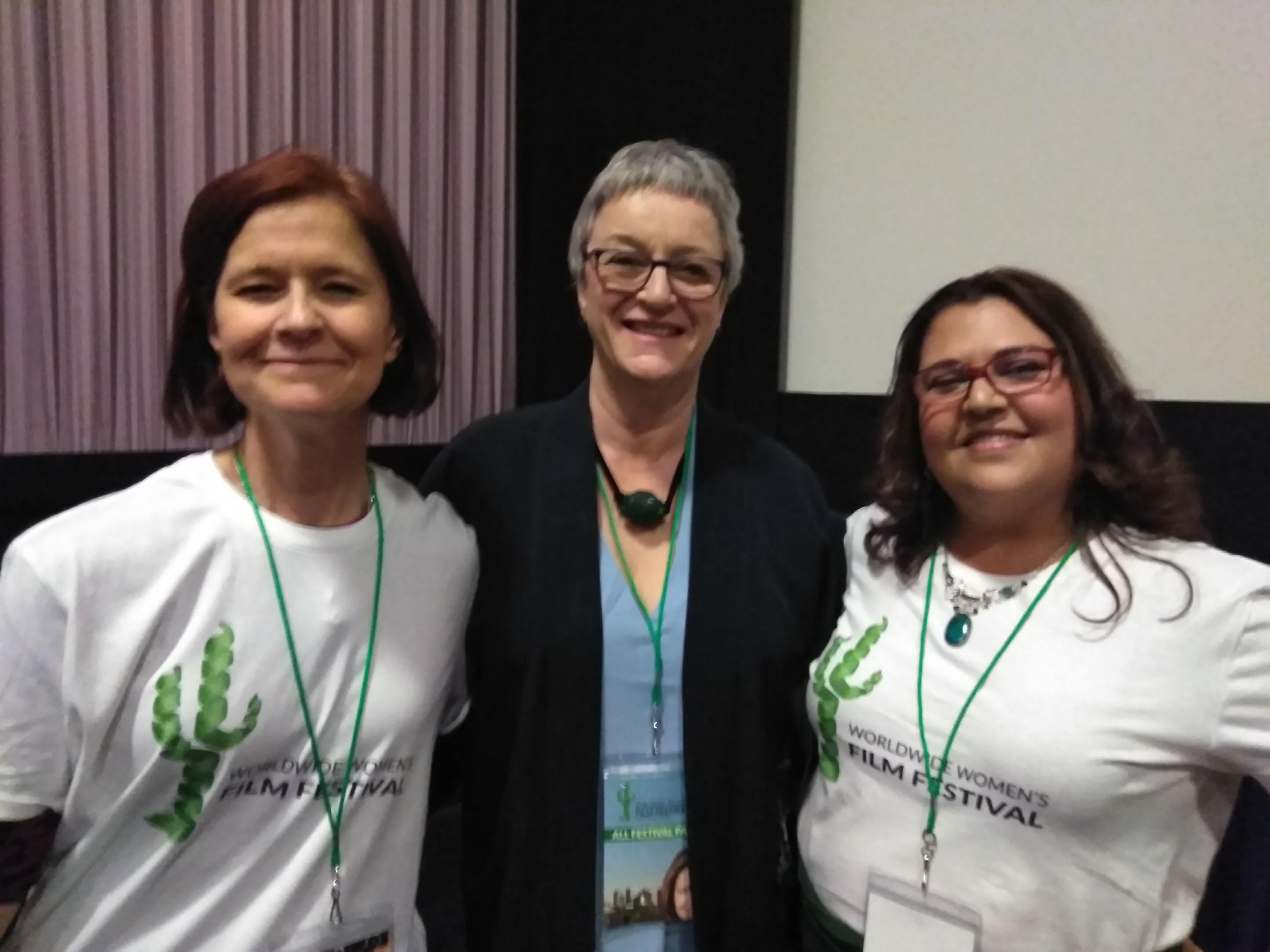 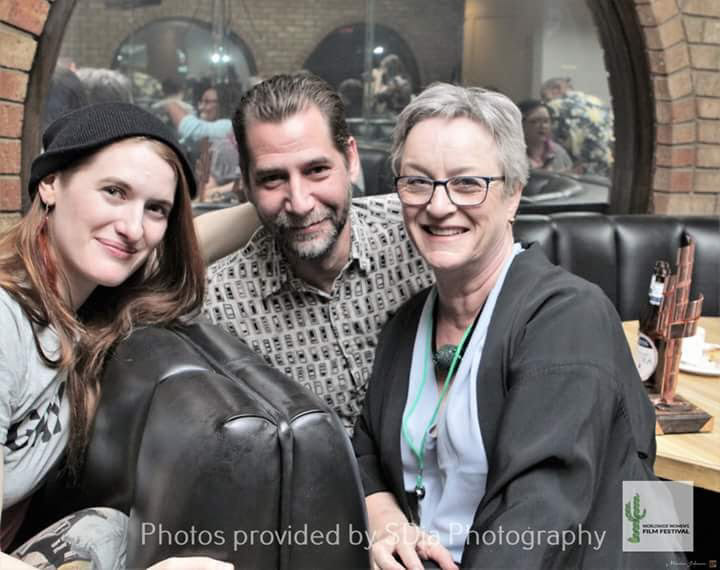 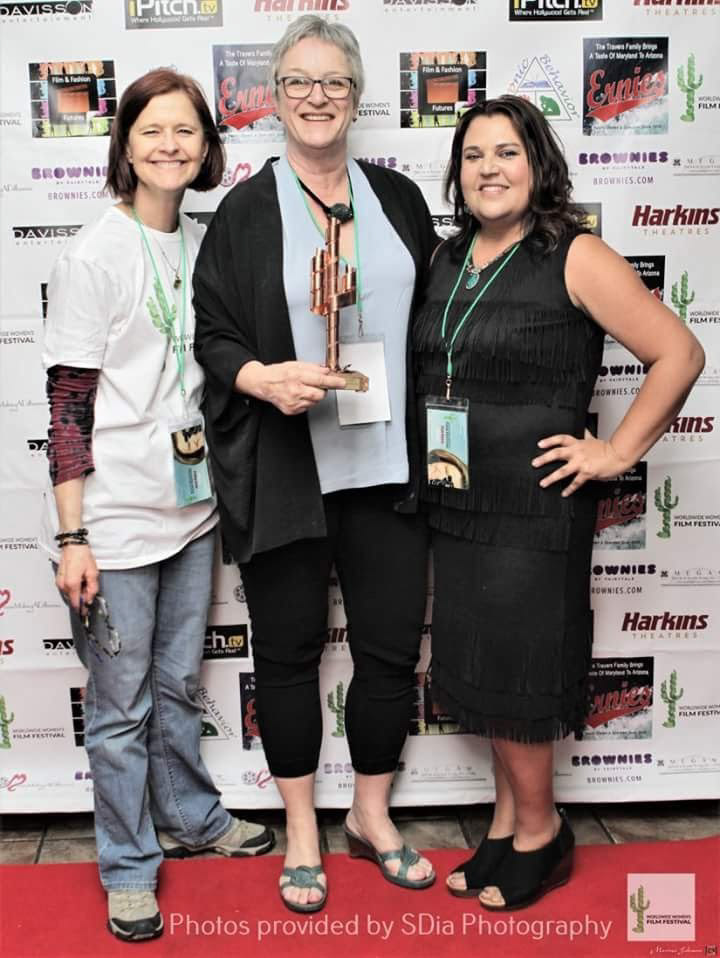 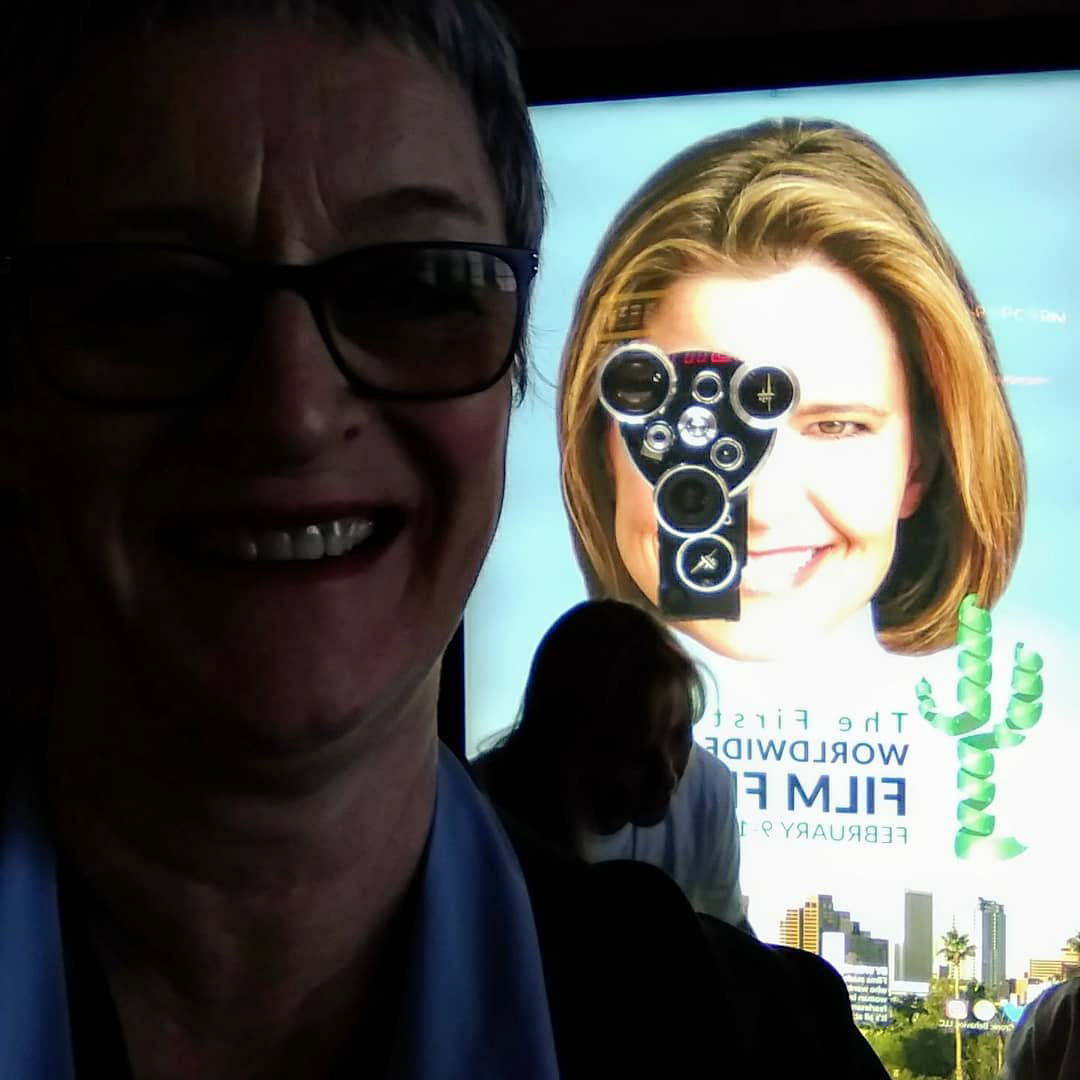 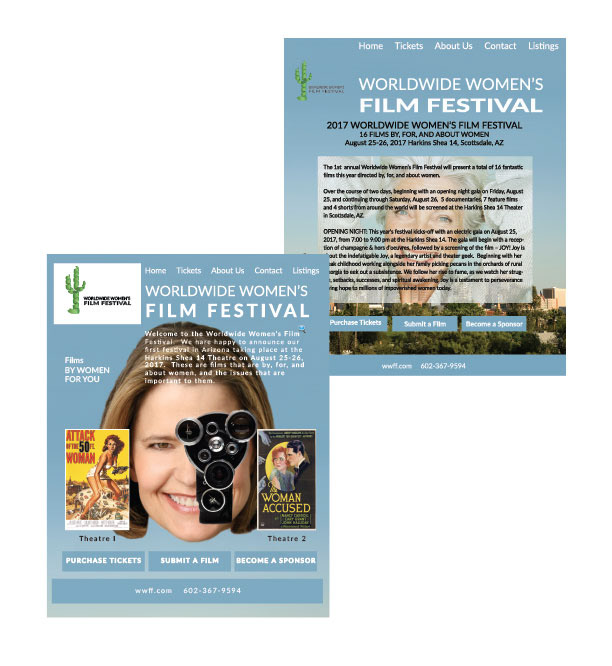 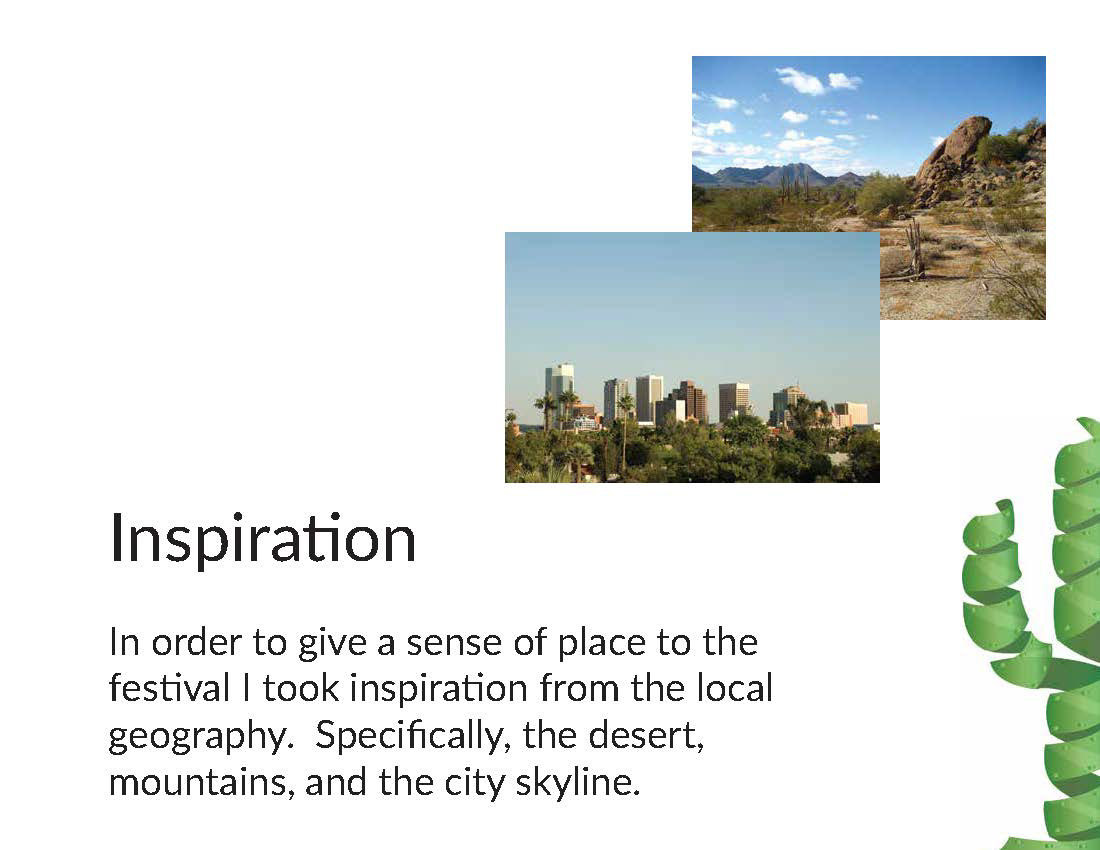 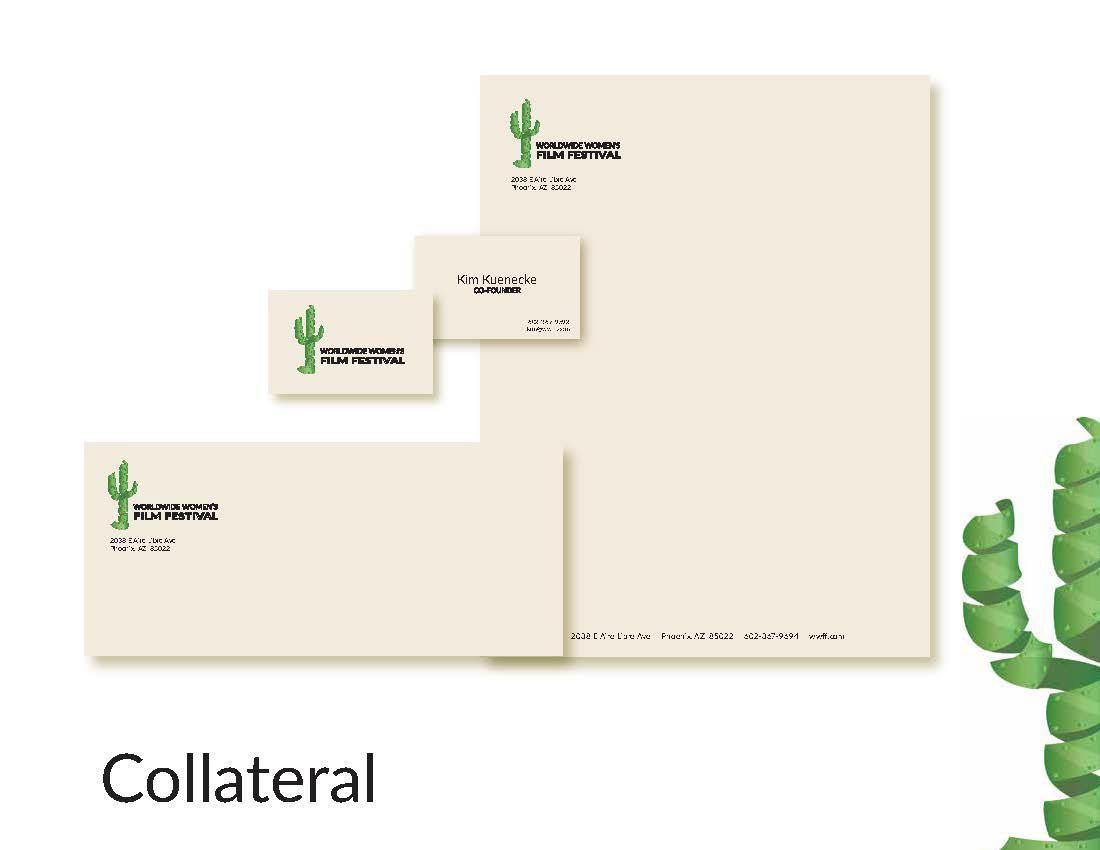 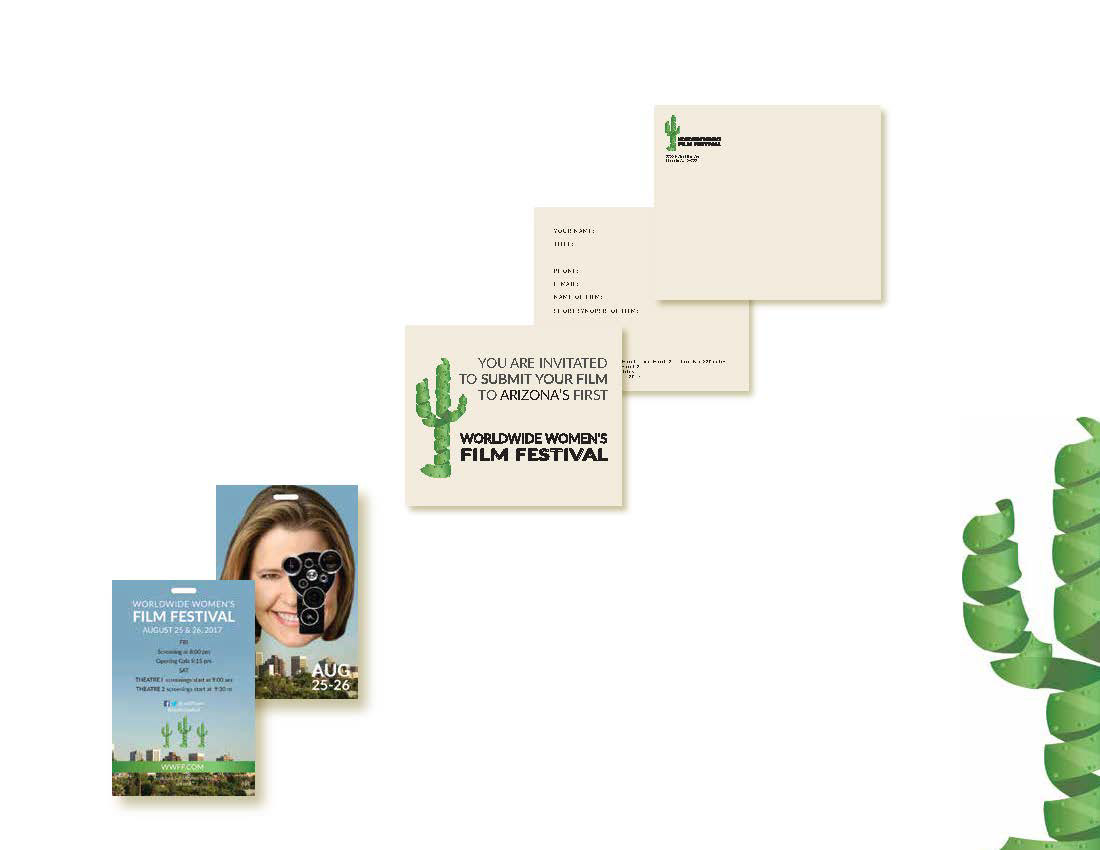 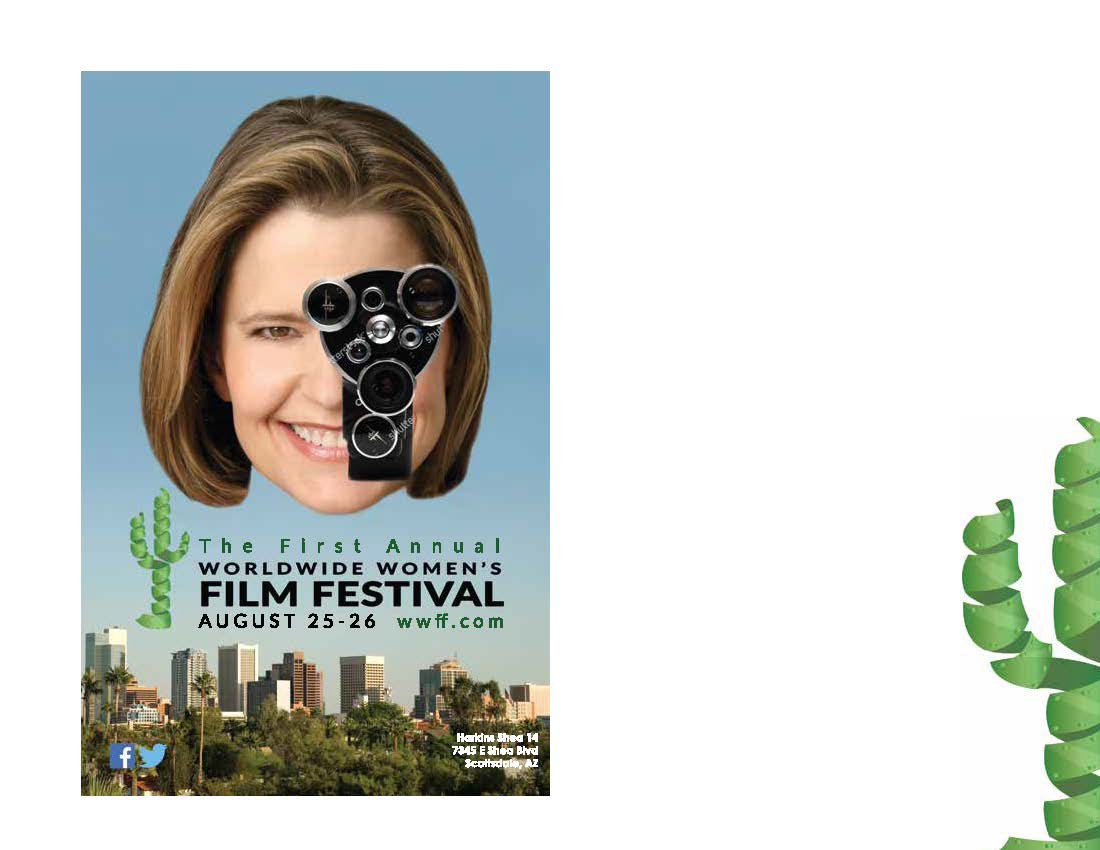 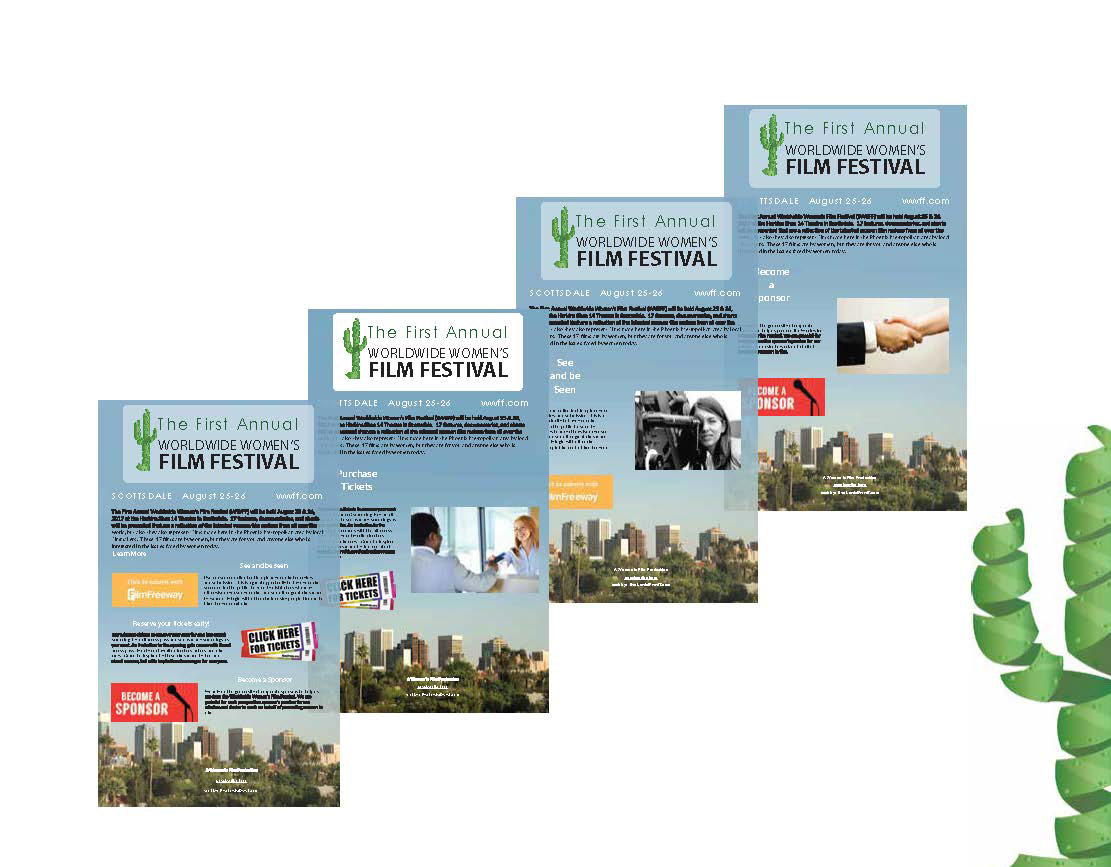 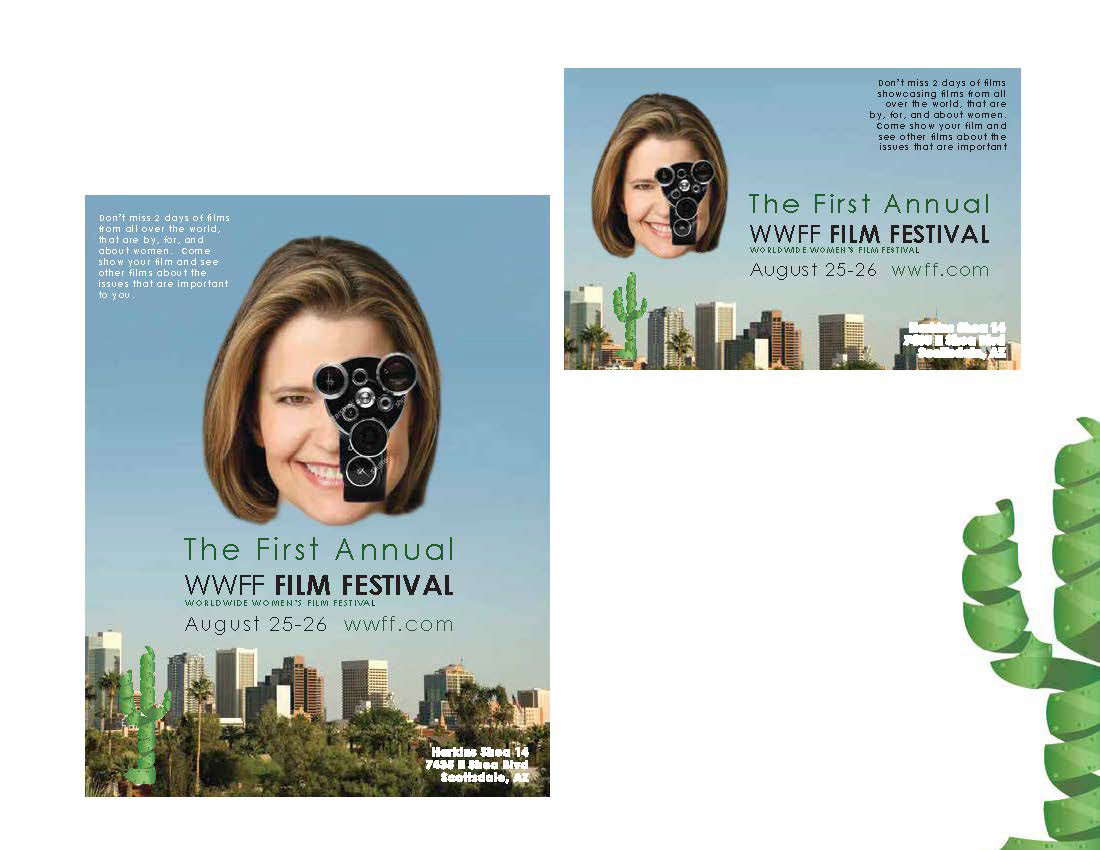 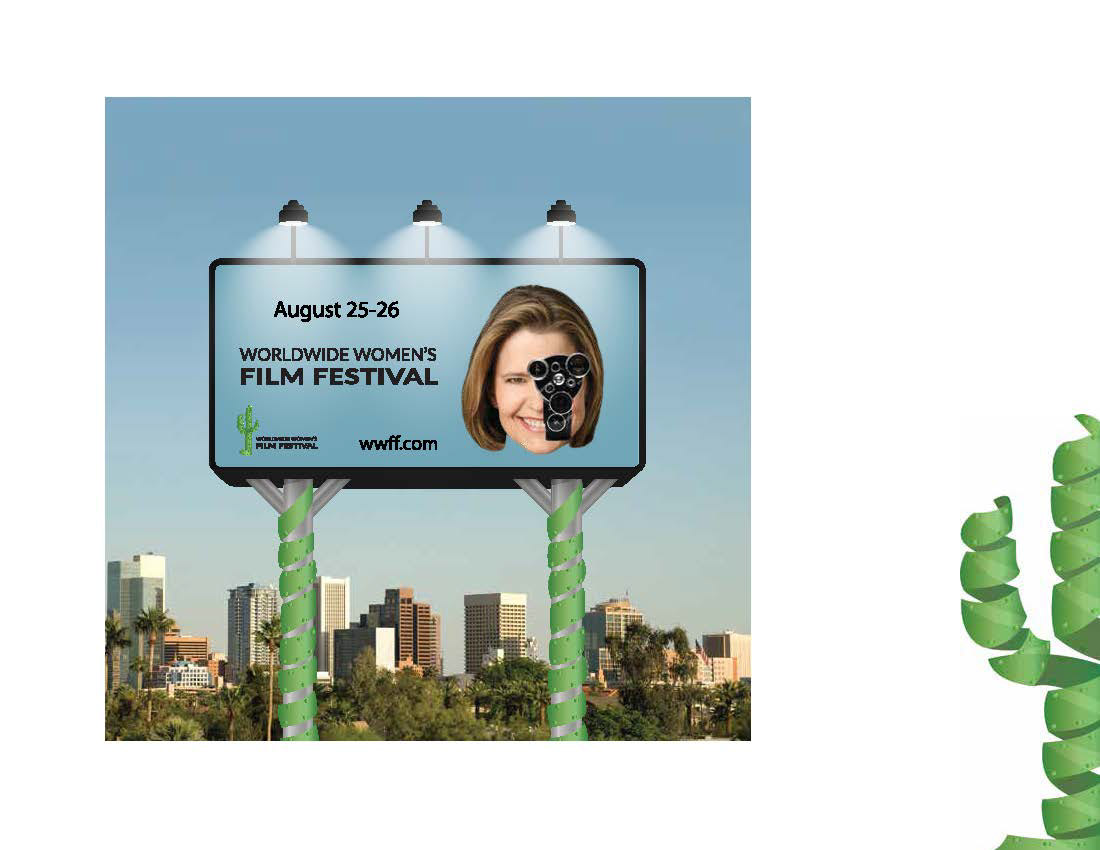 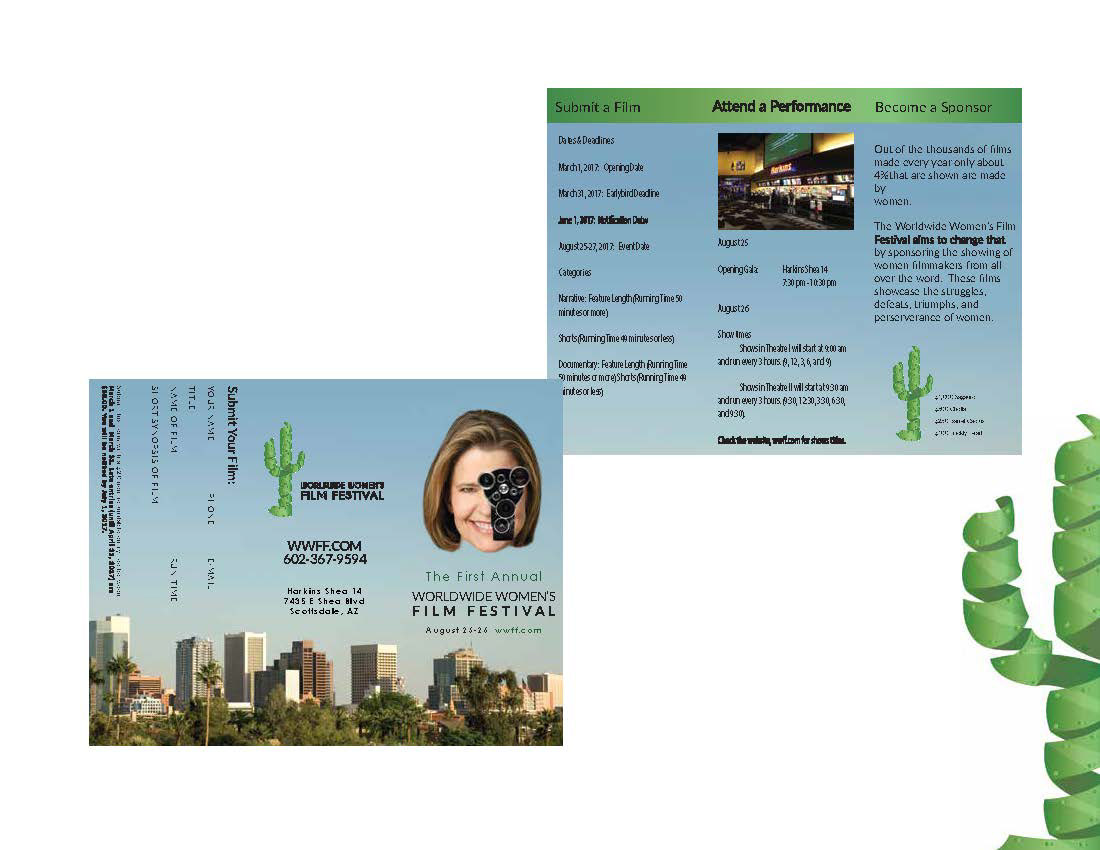 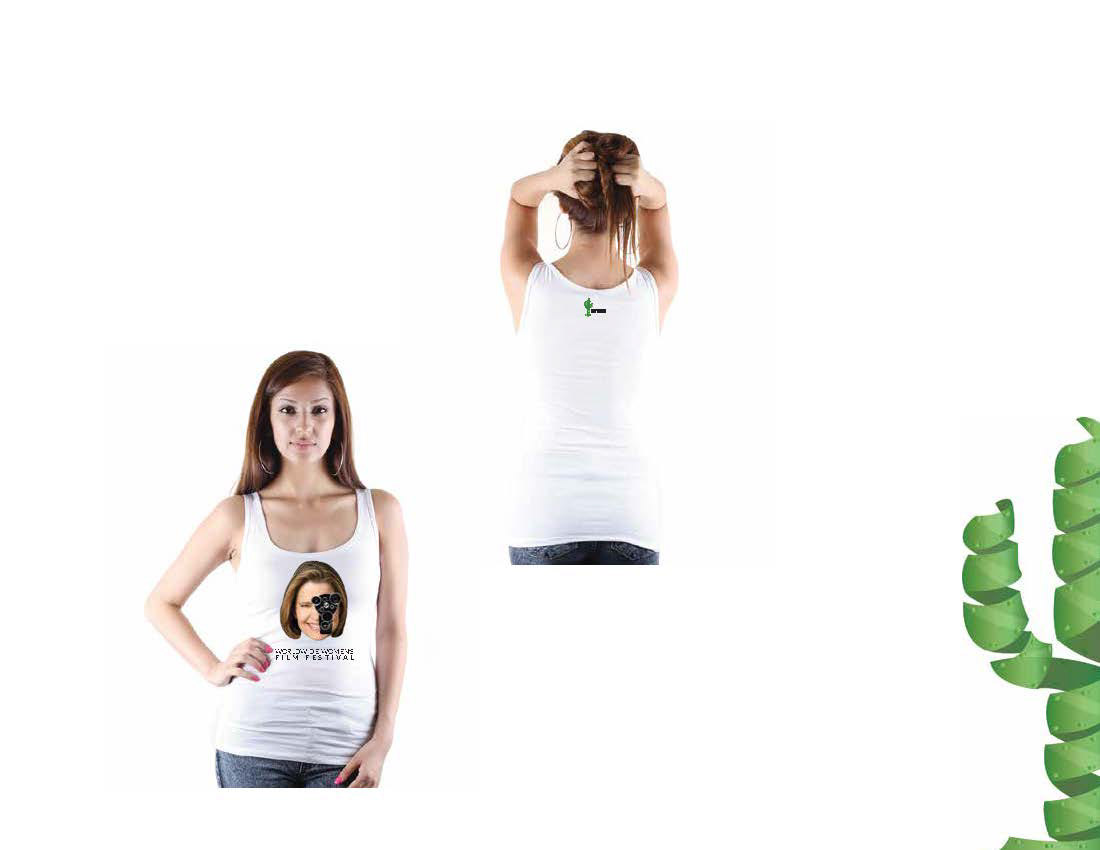 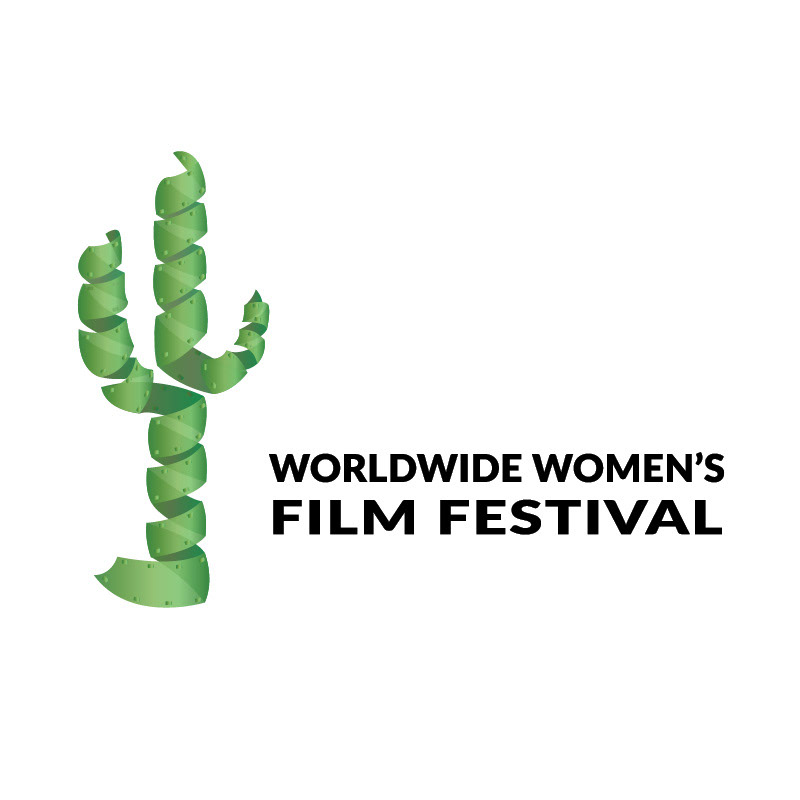